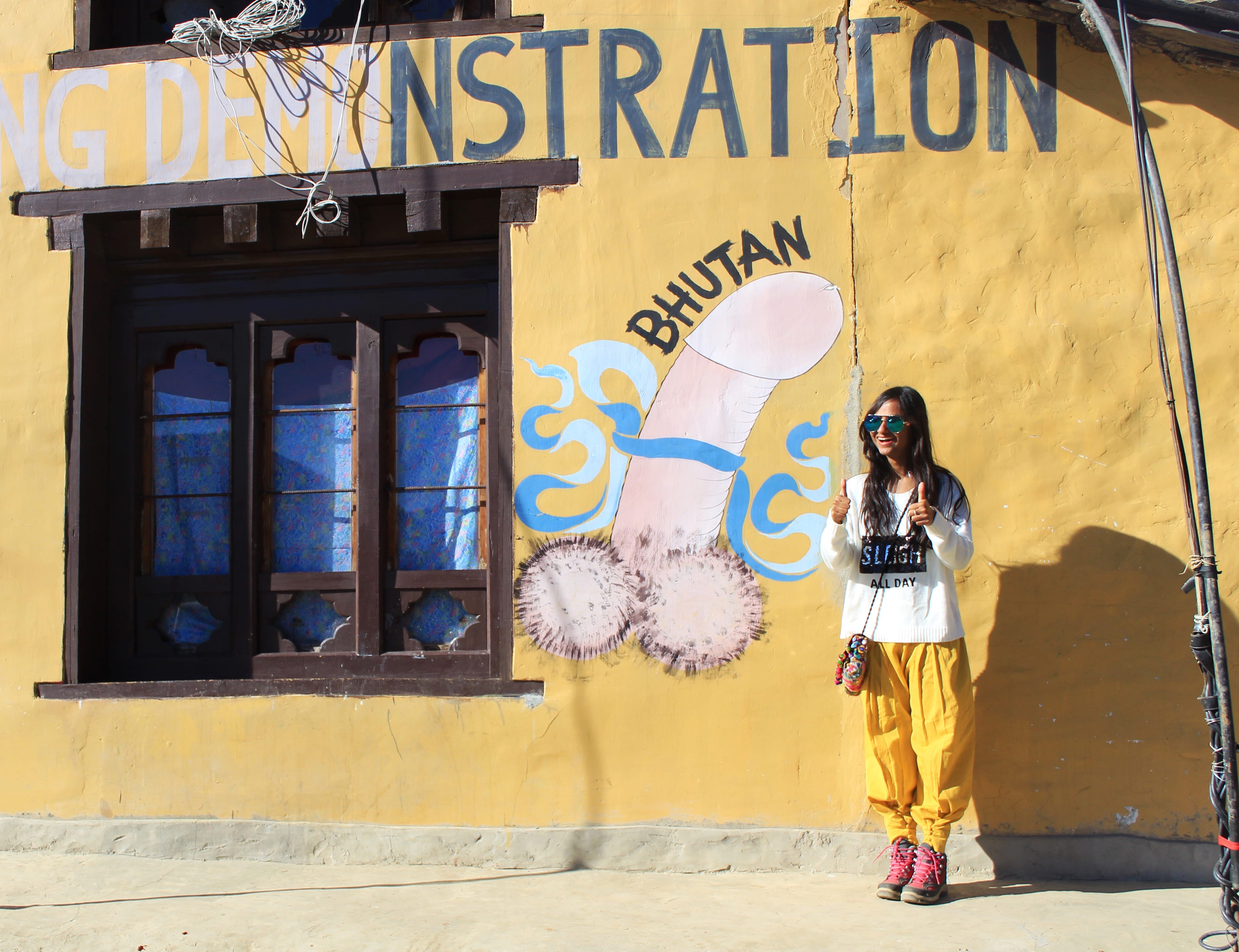 Is That A Penis?

“Is that a penis?”, mutters tourists as they pass by an especially large phallic symbol on a Bhutanese home. Why, yes, it is.

In the 14th-15th centuries, Lama Drukpa Kunley, the “Divine Madman”, credited with introducing the phallic symbol in Buddhist teachings to Bhutan, taught that the liberation from the ego could be reached through the thunderbolt of wisdom – i.e., his penis. He would sing to his female followers, “It would seem from your legs and muscular thighs that your pelvic thrust is particularly efficient, let’s see how you perform.” His scandalous teachings were intended to shock the uppity clergy and shake up conventional thinking, and that it did.

However, phallic symbols in religious contexts in south Asia did not begin with Kunley. Phallic representations were depicted quite frequently in Tibet. Some drawn on stones to oppose and tame wild female genitals.

But the Bhutanese are the only modern people who still integrate the symbol into every day life in a very comfortable, religious and at times humorous manner. Today, phallic symbols are present, carved and erect above doors, in shops on homes and businesses.

Arguably, Bhutan has been able to practice such an uncouth tradition because they have avoided the scrutinizing glare from the outside world. Foreign travel to Bhutan wasn’t granted until 1974 and prior to 1999 Bhutanese did not have access to television or internet.

However, Bhutan has seen a massive move towards modernization. Most notably when the previous king, His Majesty Jigme Singye Wangchuk, shifted the government from an absolute monarchy to a constitutional monarchy and abdicated the throne to his son. Before abdicating, he instated the Gross National Happiness Index, a measure of prosperity based on happiness rather than coinage. The index has gone on to inspire the UN’s National Day of Happiness and push other countries to reassess how they measure their countries’ success – pursuit of happiness, anyone?

While this visibility allows Bhutan to have more of a voice in international politics and a leg up in their second highest revenue, tourism, it causes a cavernous gap between the generations. The modernization has lent itself to the relaxation of ancient traditions. More modern adaptations are being adopted in every day life. For a country that prides itself on a culture as untouched as their environment (Bhutan is the only net carbon sink country), foreigners and Bhutanese alike, worry that they are losing what makes Bhutan unique. Some worry that phallic symbols may also come under this modern telescope, causing the Bhutanese to potentially zip up their ancient tradition.