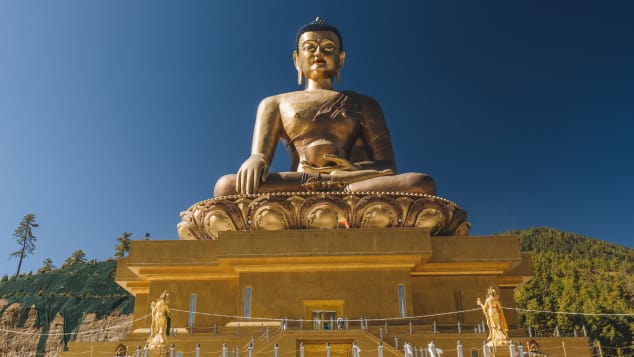 (CNN) — Pretend you’re a king.Pretend that you reign over the Land of the Thunder Dragon, a happy little nation high in the highest mountains, cut off from the wars and worries of the modern world.You are a nice king. You do your best to improve the lives of your subjects, one road, school and hospital at a time. Instead of gross national product, you measure your country’s success in gross national happiness, and your subjects love you dearly.

But one day, you decide you don’t want to be a powerful king anymore. Because you believe there shouldn’t be powerful kings anymore.”Democracy?” your subjects wail. “A constitution? What the hell are those? We don’t want to vote! We want you to take care of us! You’re smarter than us! You’re kinder than us! You know what we need to stay happy forever!”You’re the king. What do you do? What kind of society do you build?These are the questions that sent me scrambling into the Himalayas for “The Wonder List,” because this is not a fairy tale. It is the story of Bhutan.

While America has been wrestling with democracy for 240 years, this little land sandwiched between India and China just learned to vote in 2008.That’s when Jigme Singye Wanchuck stepped off the Golden Throne and gave the Raven Crown to his eldest son and his power to the people.

Like Thomas Jefferson, this founding father of modern Bhutan underscored the pursuit of happiness as a God-given right.But as the last independent Buddhist kingdom on Earth, the way they chase happiness is very different from the American way. To preserve their one-of-a-kind culture and pristine nature, they have created a rules-and-manners society unlike any other.The hillsides are covered with wild marijuana, but there is no smoking. Anywhere.

Their movies are all G-rated, and plastic bags are forbidden. There is a national dress code and a Cabinet-level minister of gross national happiness.But the outside world is closing in. Just a few years after the arrival of television and tourism, the most popular show in Bhutan is American professional wrestling.So how long can “The Last Authentic Place on Earth” keep it real?And when it comes to happiness, what do they know that we don’t?